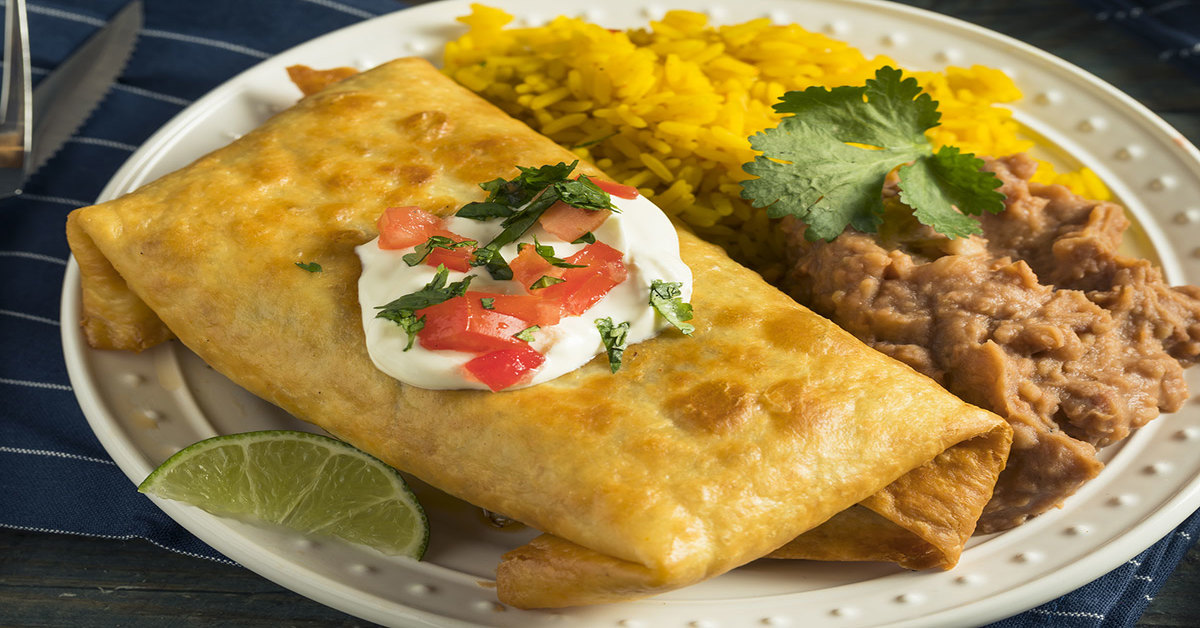 6 Most Common Foods to Try at a Mexican Restaurant

Mexican cuisine is famous worldwide for being full of flavor and delicious goodness! Not only are their dishes unique, but they also combine a bit of everything- sweet and spicy flavors mixed with traditional Mexican spices. Naturally, you might find yourself in a dilemma looking at the menu the first time you walk into a Mexican cafe. To help you out, here are six of the most popular Mexican dishes you should try out!

Burritos are a signature dish in any Mexican restaurant. The burrito is a flour tortilla traditionally filled with meat, beans and cheese. In addition to the traditional fillings, one might also find vegetables like lettuce or tomatoes inside their delicious tortillas! The burrito has many different varieties, but they all share two common characteristics- large size and simplicity of ingredients. Cooking involves a simple process, with the tortilla filled to its brim and then folded over in thirds. After this, the burrito is placed in a pan until it becomes golden brown. Burritos are delicious, filling and full of flavor! Burritos can be made with so many different ingredients, making them the perfect meal for breakfast, lunch, and dinner. If you have never tried an authentic Mexican burrito before, you’re missing out! Go visit your local authentic Mexican restaurant today!

Tacos are yet another famous Mexican dish that every foodie should try out at least once in their lifetime! This dish takes its name from the soft corn tortillas used to make them. Tacos can be filled with a variety of different meats and vegetables, depending on what you prefer- chicken, beef, pork or vegetarian options like onions and peppers! The taco is then folded over in half before being placed in an oven. It stays there until it becomes crispy to give it that wonderful texture that we all know and love. There are also soft tacos, but these require a different cooking method- the corn tortilla is heated in a pan until it becomes warm and soft! Like hard shell tacos, soft tacos usually consist of meat, lettuce, cheese and veggies. Tacos make an amazing appetizer or a light meal that you can enjoy your main course meal arrives.

A quesadilla is a snack taken to another level! It consists of a flour tortilla filled with cheese and meat or vegetables, folded in half and then cooked until the outer surface becomes golden brown. The traditional way involves folding it in triangles. Quesadillas are basically the Mexican version of what you would find in a pizza! These snacks can be filled with various vegetables and meats to suit your taste buds. They are also great appetizers for people who want to leave room for their main course because they offer just the right amount of satisfaction.

Another Mexican food that has gained international fame is the Nacho. Though it might sound like a simple snack- nachos are actually more than that! These chips consist of tortilla triangles that have been baked until they become crispy and golden brown on top. They are usually covered with cheese, meat, vegetables, sour cream and guacamole! They make for great appetizers, snacks or meals!

A tamale is another famous dish from Mexico that everyone should try out at least once in their life! This delicious steamed corn wrapped up inside a wheat dough filled with meat or vegetables makes for a fantastic side dish. It has a long history and is believed to have originated in the pre-Columbian era. Fast forward, it now appears on almost every Mexican restaurant’s menu! Tamales are steamed for hours until they become soft enough to eat and are often served with rice and beans. 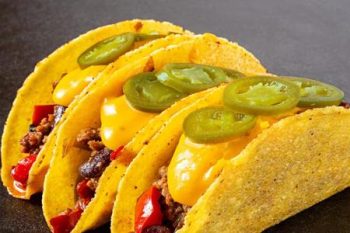 Fajitas are another famous dish that is native to Mexico. They made their first appearance in the 1950s and have since become very popular all over the world! Fajitas consist of meat or vegetables, usually cooked with onions and peppers by your favorite Mexican restaurant- served on a sizzling plate (or skillet). Fajitas are traditionally served with guacamole, salsa or even cheese dip to give it that extra flavor!

If you’ve been curious enough to try out some fantastic authentic Mexican food, Mayan Mexican Restaurant offers you the chance to experience this in style! Our menu features a wide variety of dishes such as tacos and quesadillas- all at great prices. Come by today for an unforgettable Mexican experience!

What is the most popular Mexican dish?

For most people, Quesadillas are the most popular Mexican dish! They consist of a folded tortilla stuffed with cheese and vegetables or meat, usually cooked in an oven until they become crispy. But there is no shortage of favorites when it comes to Mexican dishes.

What is included inside a quesadilla?

A quesadilla consists of a flour tortilla filled with cheese and vegetables or meat. It is folded over and then cooked until the outer surface becomes golden brown.

What do you eat with nachos?

Nachos are a Mexican dish consisting of tortilla triangles covered in cheese and vegetables, which are then baked until they become crispy and golden brown on top. They can be served as an accompaniment for beer or as an appetizer.

Tamales Through Time: A History of the Tamale
|
What Is Considered Real Mexican Food?