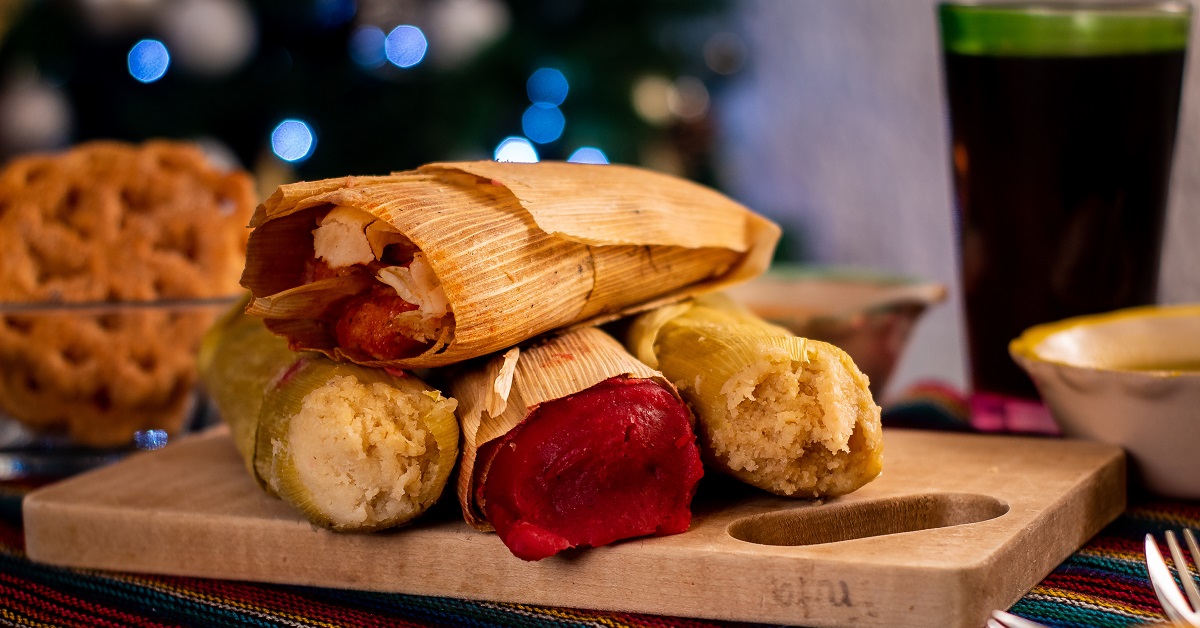 Tamales Through Time: A History of the Tamale

While more people may recognize the taco as the premier portable Mexican meal available today, this was not always the case. When the Chili Queens first set up their stalls in San Antonio and Los Angeles, many Americans were coming for their variants of the tamale along with the chili. These tasty foodstuffs worked as a vehicle for anything from wild game to fire-roasted vegetables.

Tamales have endured the test of time and remain an essential part of Mexican cuisine. Yet, the history of tamales is often under-appreciated. Today, tamales are frequently eaten at restaurants and during holidays and seen as a symbol of Mexican nationalism, though that was not always the case. We’re going to review the evolution in this blog post. 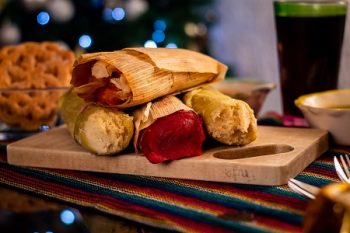 Where Do Tamales Come From?

Archaeological evidence for the consumption of tamale stretches as far back as 8000 BCE. A hieroglyph for tamales shows that they quickly spread through the indigenous cultures of the Mexican and Yucatan peninsula. Multiple native peoples have adapted the tamale to their local cuisine. Yucatan called them “pibs,” the Maya referred to them as “uah,” but it was the Aztec Nahuatl word, “tamal,” which the Spanish conquistadors adopted into their language.

The tamale even predates the technique of nixtamalization, wherein native populations would cook maize with an alkaline solution to create wet nixtamal. They would use lime-slake or wood ash to infuse amino acids to increase the nutritional value of the maize. This ingredient would then be ground upon a metate to create the corn-dough masa (also used to form tortillas) and boiled in corn husks or plantain leaves to make tamales. This process would soon spread across many of the great native empires of South America.

The entire cooking process would take days and require massive amounts of work and long hours, resulting in batches of hundreds of tamales. Today, the tradition lives on; the humble tamale continues to be the food for communities and families alike during special holidays.

When the Spanish colonizers brought wheat to the Americas, it would represent a shift in political denominations. The metropolitan upper class would begin to use wheat instead of maize as a sign of “civilization.” In contrast, the lower classes (often consisting of rural, native populations) would continue with the much cheaper masa.

The Tamale and the Revolution

During the 19th century, native meals were considered the diet of the lower classes and considered the source of poor nutrition. The political upper class instead favored haute cuisine inspired by French trends. A common point of contention between these classes would be the “tortilla plans” to feed the populace.

Not until the late 19th century would this change; under dictator Porfirio Diaz, the society of Mexico City slowly industrialized. With the slow adoption of industrial manufacturing methods for masa, Mexican women no longer needed to work all day to produce the ingredients. This change allowed for easier mass production of components for tamales.

Where classic tamales were once considered the epitome of Mexico’s portable food, the taco has assumed that role. Modern tamales are now a fusion of tradition and ingredients. Pork tamales are usually the standard, but chicken, roasted vegetables and other ingredients.

What Is A Hot Tamale?

By the early 1900s, the hot tamale variant was already embedding itself in Creole cuisine of the Mississippi delta. Amy Evans, of the University of Mississippi, believes “it was, in fact, Mexican migrant workers who brought not only recipes but the initial demand for tamales in the Delta.”

Because Mexico formerly included Texas, California, Nevada, New Mexico and Arizona, one could say that the tamale was always here. Regardless it became fundamental to Mexican, Tex-Mex and Mexicali cuisine. The border changed, and Mexican workers began to spread across the country, bringing this culinary delight with them.

In the Delta, Creole and Hispanic spices flavored the more diminutive, tubular form, often filled with seafood and wrapped in banana leaves. Simmering in all those peppers instead of water made them a heat fiend’s treat. But the name “hot tamale” came from the simple fact that you should enjoy them hot, as vendors often sold them fresh from the pot.

The expansion of the tamale includes representation in art and culture as well; Porky Pig hawks his hot tamales in The Timid Toreador, while Robert Johnson sings about the local tamale saleswoman in the blues classic “They’re Red Hot.” Quick fun fact: artists as varied as Red Hot Chili Peppers and Eric Clapton have covered the song. All in all, the return of the tamale cart is long overdue. But that might be the hunger talking after listening to Johnson yodel about tamales for sale.

Tamales are an iconic Mexican food that is popular all over the world. While traditionally filled with meat, rice, and beans, cooks have experimented with different flavors or fillings throughout history. The process of making tamales varies depending on where you live–from Mexico City to New Orleans. Visit us at Mayan Mexican if you want to try a traditional tamale in Olympia, Washington. We have authentic dishes from across the Yucatan Peninsula and American favorites, including tacos and burritos if you need something more familiar.

Posted on November 9th, 2021 by Mayan Family Mexican Restaurant
Tamales Through Time: A History of the Tamale

Who Invented The Tortilla Chip?
|
6 Most Common Foods to Try at a Mexican Restaurant