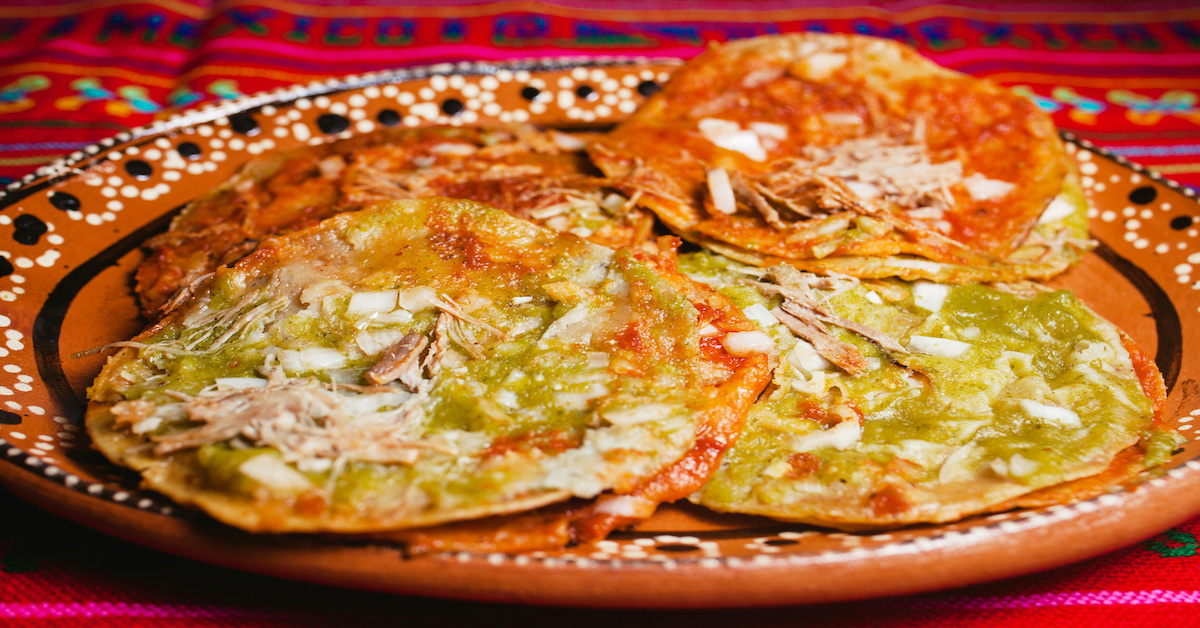 What Is Considered Real Mexican Food?

Mexican food is a style of cuisine with an origin in ancient times. It has influenced the cooking styles of other countries, including Argentina, Guatemala, and the United States. However, there are many misconceptions about what Mexican food is. What is considered real Mexican food? This blog post will explore this question and help you answer it for yourself!

What is an authentic Mexican dish?

There is no definitive answer to this question. Mexican food has grown and evolved through centuries of international trade, cultural exchange, and immigration — just as modern Mexico itself continues to do so today. Nevertheless, some dishes have been around for a long time and can be considered authentic Mexican foods.

What is tex mex food?

This phrase refers to various Americanized or commercially prepared mixtures bearing the name “Mexican” but usually lacking any connection with Mexico beyond being marketed as inspired by Mexican cuisine. Tex-Mex is a Mexican food style developed in Texas, which has been described as “the most popular regional variety of American cuisine.”

What is considered real Mexican food?

Authentic dishes vary from region to region since they are based on available ingredients for each area at any given time. However, the following dishes are often considered to be examples of authentic Mexican food:

These are tortilla chips fried in green tomatillo sauce, topped with onions and queso fresco. They can also be topped with a fried egg for breakfast! Chiapas-style chilaquiles are typically served with refried beans and rice on the side.

These are tacos filled with marinated pork roasted on a spit (similar to shawarma). The meat is typically served with chopped onions, cilantro, and pineapple.

A popular dish throughout Mexico that contains pork cooked in a mixture of chiles (typically chipotle) and spices such as oregano and vinegar or sour orange juice. This recipe originally came from Spain but was adapted to native Mexican flavors.

This dish is very popular for celebrating Independence Day in Mexico since it contains the colors of the country’s flag: green, white, and red! It typically consists of poblano peppers stuffed with a mixture of ground meat (pork or beef) mixed with fruits such as apples and pears. It is then covered in a creamy walnut sauce, sprinkled with parsley, and served cold!

The word “guacamole” comes from the Aztec word “ahuaca-molli.” This dish consists of avocados mashed with other ingredients such as onion, tomato, chili pepper, lime, and salt! It can be served plain or with tortilla chips for dipping.

The foods listed above are just a few examples of the many Mexican dishes that have been around for centuries now. However, do not be discouraged if you cannot find any of these dishes! Most restaurants that serve Mexican food offer a mixture of traditional recipes and modern adaptations.

What is an authentic Mexican taco?

A soft corn tortilla wrapped around seasoned meat or vegetables such as onions, cilantro, guacamole, salsa verde/ roja (tomato-based), cheese, or sour cream! Tacos are typically eaten without utensils. They were initially created by the indigenous people living in Mexico centuries ago and have been adapted to suit modern tastes ever since! 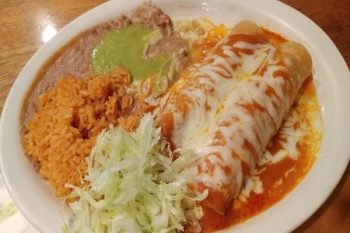 What are the different types of tacos?

Tacos can be made out of just about anything! They are commonly filled with beef, chicken, or pork meat, but they have also been known to contain eggs, cheese, and vegetables. Here are some other examples:

These feature fried fish topped with shredded cabbage slaw marinated in fresh lime juice. The taco is then drizzled with mayo, hot sauce, or fresh salsa.

Prawns are marinated in salsa and grilled before being placed inside corn or flour tortillas. They can be topped with onions, cilantro, cheese, and avocado slices!

This is a dish featuring pork meat that has been roasted on a spit (similar to shawarma). The tacos are typically served with chopped onions, cilantro, and pineapple.

These feature a thicker corn tortilla filled with stewed beef, chicken, pork, or vegetables such as potato and carrots seasoned in Mexican spices! They are then fried to create a crunchy casing (similar to the shell of chimichangas) before they are filled.

These tacos feature meat that has been cooked in tomato sauce or chile and wrapped up inside steamed tortillas! They are often served with refried or black beans and cheese. They are typically eaten for breakfast in Mexico!

These feature sauteed vegetables such as zucchini, corn, mushrooms, tomatoes and/or onions that have been seasoned with cumin powder. They are then stuffed inside tortillas along with papas fritas (fried potatoes) or refried beans.

These are tacos filled with beef braised in a broth along with potatoes and carrots until tender. The taco is typically garnished with shredded cabbage slaw marinated in vinegar before being drizzled with hot sauce!

Why is Mexican cuisine so popular?

Mexican cuisine has evolved to suit the modern palate. The dishes are typically characterized by their use of fresh ingredients, quality meats, and spices! All you need is a nice warm tortilla, some guacamole, and salsa paired with some fruity Mexican beer for an unforgettable mealtime experience!

At Mayan Mexican Restaurant, we serve some of the most traditional Mexican foods in town! Our dishes are perfect for those with a taste for authentic cuisine. Don’t forget to stop by anytime you have a craving for authentic Mexican food, or call us to place an order!

6 Most Common Foods to Try at a Mexican Restaurant
|
From The Rio Grande To All America: The History of Fajitas