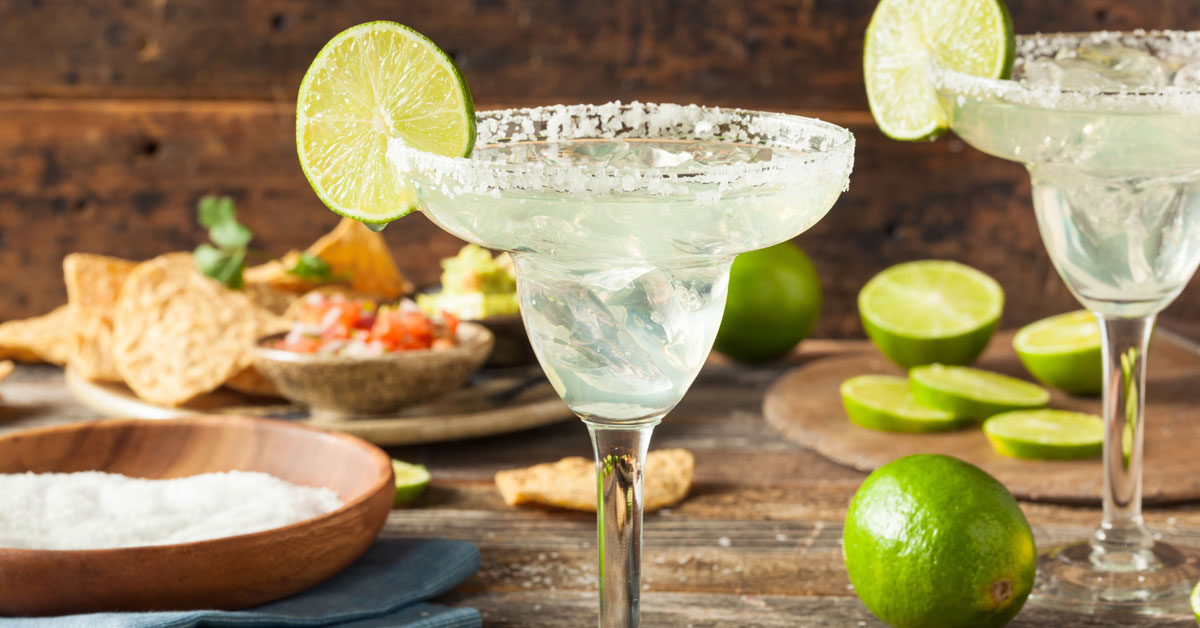 Tequila, lime, salt – what’s not to like? Whether you’re shaking things up at home or hitting up your favorite Mexican restaurant, the margarita is a classic go-to that is sure to satisfy.

In 2008, the Cheers On-Premise Handbook stated that the margarita was the most popular mixed drink in America. They said that there are 185,00 margaritas consumed per hour on average. Today, according to research from Nielsen, the margarita is still the top ordered drink in the United States.

The Mysterious History of the Margarita

So, where did this tasty beverage originate? As the most popular drink in the U.S., you would think that we’d have this figured out by now. Alas, it remains a mystery. With something as popular as the margarita, it’s no surprise there are a few different claims to its invention.

One of the more prevalent stories surrounding the history of the margarita comes from Carlos “Danny” Herrera in 1938. The owner of the Tijuana restaurant, Rancho La Gloria, claims that he invented the drink for his friend and aspiring actress, Marjorie King. The story goes that King was supposedly allergic to all spirits, except tequila, but detested drinking it straight. So Herrera took the ingredients from a traditional tequila shot – tequila, salt, and a lime wedge – and reworked them to make the margarita.

Another contender for the claim to the invention of the margarita comes from Dallas socialite, Margarita Sames. She supposedly came up with the drink one evening in 1948 while entertaining guests at her vacation home in Acapulco. Among the guests was Tommy Hilton, who loved the drink so much that he decided to add it to the bar menu at his hotel.

Though it seems possible the margarita gets its name from a woman bearing the same name, there are earlier mentions that debunk this myth. Three years prior, in 1945, before Sames claimed to have invented the cocktail, Jose Cuervo advertised their spirit with the tagline “Margarita: it’s more than a girl’s name.”

A Variation of Another Drink

It is more romantic to imagine the margarita invention occurring during an evening with friends, or for a beautiful woman. However, there is the possibility that it is merely a variation of another cocktail. The daisy, a popular drink during prohibition, was made using similar ingredients. The only difference was that the daisy used brandy instead of tequila. Another convincing factor is that the word margarita is Spanish for “daisy.”

The frozen margarita was born in the early 70s when Dallas restauranteur, Mariano Martinez, faced a problem. His father had previously whipped up frozen margaritas for friends and patrons in small batches using a blender. However, when Martinez launched Mariano’s Mexican Cuisine, his bartender was so overwhelmed by the volume of frozen margaritas he had to make that he threatened to quit.

Fearing that his new restaurant would fail and that he was going to ruin the Martinez legacy, Mariano scrabbled to come up with a solution.  The next morning, inspiration came when he stopped by a 7-Eleven and saw their Slurpee machines. The company refused to sell him one of their machines, so he went out and bought a secondhand soft-serve ice cream machine instead. After tweaking the machine, and adapting the margarita recipe, Martinez successfully produced a uniform slush, the frozen margarita.

Margaritaville holds the Guinness world record for the largest margarita in Las Vegas, Nevada. The 8,500-gallon margarita took approximately 300 hours and 60 people to prepare. It was created for the grand opening of the Margaritaville Casino at The Flamingo hotel, and was named the “Lucky Rita.”

Though the traditional margarita recipe is a classic – tequila, Cointreau, lime, and salt – there are many creative variations that put a unique spin on the original. Some interesting ones include:

Every year the Southern Arizona Arts & Cultural Alliance and Tucson Original restaurants partner together for the World Margarita Championship. For the event, chefs and bartenders battle it out for best signature margarita. There are also tastings of other world-class margaritas, tequilas, and southwestern cuisines.

The event was created to help highlight and promote independently owned local Tucson restaurants. All of the money goes towards the SAACA art education and art therapy programs, as well as Tucson Original restaurants.

In 2018, to celebrate the 70th anniversary of the invention of the margarita, the Selena Rosa restaurant in New York City created the Silk Stocking Margarita. The cost? $2,500! Though, I suppose that is justifiable considering they make it with a $1,500 bottle of Clase Azul Ultra Anejo Tequila.

The beloved margarita is celebrated every year on February 22nd by thousands of Americans and Mexican restaurants around the country. Considering how popular this refreshing cocktail is, it’s a wonder the 22nd hasn’t become an official holiday. Good news, though – this year National Margarita Day falls on a Saturday! Break out those blenders and grab your friends, or better yet, head over to your favorite local Mexican restaurant in Olympia.

Whether it’s Cinco de Mayo, National Margarita Day, or you’re just craving some tasty authentic Mexican cuisine, Mayan Mexican Restaurants is the way to go. Since 1996, our Olympia restaurants have been offering traditional Mexican food in a vibrant setting.

Looking for a place to enjoy your next margarita? Our family-friendly cantina offers some of the best margaritas around. With live music and a bar and kitchen that stays open late, there is plenty to enjoy. Call us today to make a reservation or stop on by for happy hour to enjoy one of our signature margaritas!

Famous Mexican Chefs: An Overview
|
Tacos Through Time: A History of the Taco