Tacos Through Time: A History of the Taco

Tacos Through Time: A History of the Taco
Posted on April 22nd, 2021 by Mayan Family Mexican Restaurant 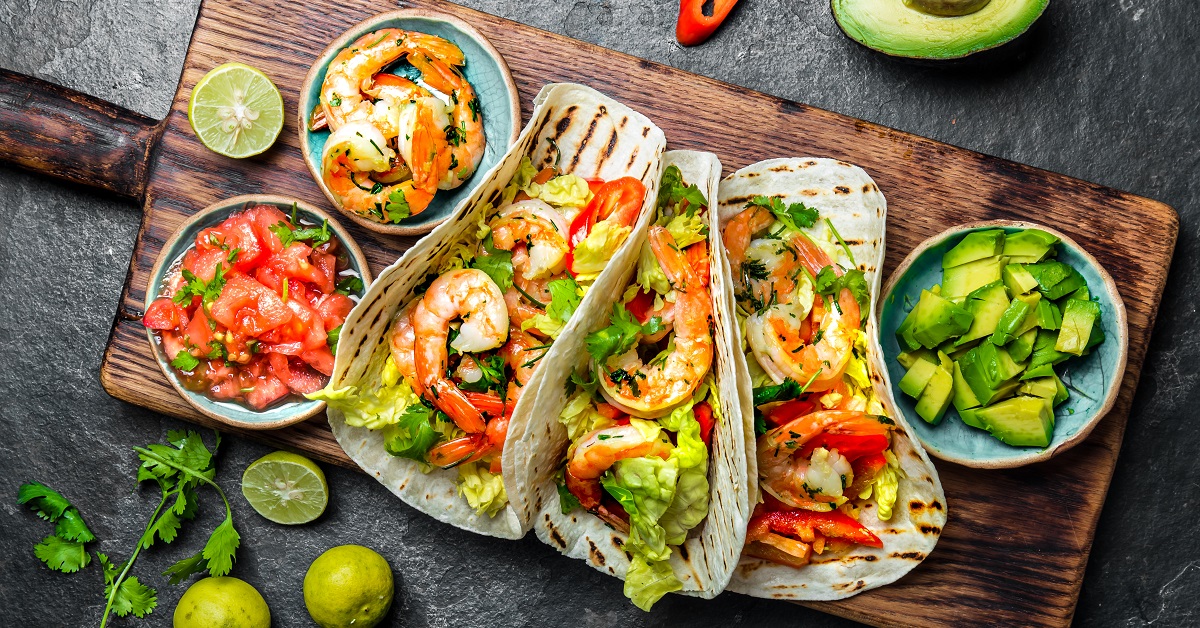 Who first invented the taco? It’s a question you might have pondered while chowing down by the street, sitting in a Tex-Mex restaurant or perhaps just now.

However, this particular street food’s common appearance in the menus like Mayan Mexican Family Restaurants and food trucks alike speaks to the popularity of Mexican cuisine in the modern American pallet.

What was once the tapas import of Mexican immigrants is now a dish that builds franchises and family restaurants alike. But how did that come to be?

Origins of the Dish

Folklore states the process of crafting the soft corn flour tortillas, nixtamalization, developed in the time of the Olmec peoples roughly two thousand years ago. The process was adopted and continued by other Pre Columbian peoples of central and southern Mexico, a lineage comprising the Teotihuacan, Toltec, Zapotec and Aztec empires. Even the Mayans developed their own method of maize preparation.

Moctezuma I, the emperor (or tlatoani) of the Aztec Empire at its peak, is said to have used the tortilla as a “spoon” for food, decorating it with chili beans and cochineal.

One proposed origin for the taco is in the indigenous language of Nahuatl; the root-word “tlahco” corresponds to “half” or “in the middle.” While the Spanish loanword has similar meanings to the French word tache or English word task, it also has various other meanings. Interpretations like “wedge,” “wad,” plug,” or even a “short, thick, piece of wood” all share the same taco roots.

Professor Jeffrey M. Pilcher of the University of Toronto-Scarborough has spent a lifetime disrobing the legends and history behind Mexican dishes. The history of tacos qualifies as a personal and professional field of study. In an interview with the Smithsonian Magazine, Pilcher discussed the earliest mentions of the word:

“My theory is that it dates from the 18th century and the silver mines in Mexico, because in those mines the word “taco” referred to the little charges they would use to excavate the ore…And one of the first types of tacos described is called tacos de minero—miner’s tacos. So the taco is not necessarily this age-old cultural expression; it’s not a food that goes back to time immemorial.”

Immigration to America in the turbulent years of the late 19th and early 20th centuries led many Mexican migrants to the states of California and Texas. They brought with them their own local specialties. In San Antonio and Los Angeles, cohorts of street vendors sprung up.

These vendors were named the “Chili Queens” and each cooked at their own particular stand. While mostly known for their chili con carne and tamales moreso than the corn tortillas that accompanied them, eventually the taco began to rise in popularity. Civil unrest and unfamiliar spices gave Mexican cuisine a reputation for danger, exoticism and, thanks to the Chili Queens, a certain romance. 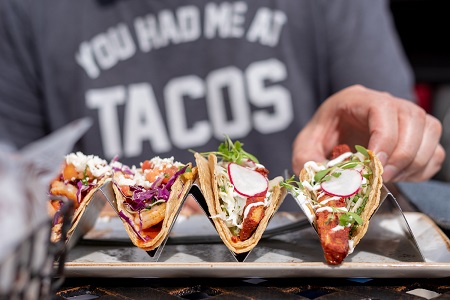 Eventually, second- and third-generations phased out the more exotic meats and vegetables in favor of ground beef, chicken, cheddar cheese, iceberg lettuce and tomato. Finally, Mexican-American stand owners began to fry the tortillas hard to allow for easy storage and mass production at the beginning of the 1940’s.

Glen Bell, the proprietor of Taco-Tia, took notice of his Mexican neighbors crafting the hard-shell tacos and adapted these methods to his own restaurants before founding Taco Bell in 1962.

In Mexico, too, immigration expanded the types of tacos available and how they were made. In Baja California, the local availability of whitefish and shrimp led to the development of fish tacos. Lebanese immigration to Mexico City in the 1930’s brought with it lamb shawarma and gyros, mixing them with the tortilla and crafting the al pastor style.

With the rise of food trucks and stands, more and more Americans are searching for the “real” thing. But it begs the question: does the real thing even exist any more?

While the etymology of the taco is disputed, the history of the taco is one of native traditions mixed with immigrant ingredients. When Pilcher researched restaurants in the heavily Hispanic east Los Angeles neighborhoods, he found that they do not label themselves as taquerias or even taco stands.

“I realized that Mexicans, when they were selling to other Mexicans, were not calling their restaurants taco shops. The word “taco” in a restaurant name was actually a way of selling Mexican food to non-Mexicans.”

The taco in America constitutes an entry food for the curious, a starter for the uninitiated. From there the cuisine opens to display more traditional dishes. What makes the taco authentically American, be it sold in Mexico, Canada or Stateside, derives from its status as an immigrant food.

From the indigenous Nahua peoples to the modern waves of immigration, each has come to inspire, create and innovate the taco from its humble origins into a global icon of street food.

Our family-friendly cantina offers premium tacos with live music and bar-kitchen that stays open late. Call us today to make a reservation or stop by to enjoy our signature tacos.